Designing and building the world of tomorrow using the technology and resources of today!

“Science is but a perversion of itself unless it has as its ultimate goal the betterment of humanity.”
– Nikola Tesla, 1919

We are building an archive for super sensitive and suppressed information: A library of files that have a pattern of disappearing or being extremely hard to find.

We are continuing to assemble a team of independent propulsion researchers and experimenters who are actively testing new theories of Quantum Gravity, and testing new devices and claims made by others across our network.
To find out more about our research teams, visit FalconSpace.org and ARPE (The Association of Reactionless Propulsion Engineers/Experimenters), AmericanAntiGravity.com, and AltPropulsion.com (APEC).

Join the Disclosure Network to keep up to date on exciting new developments in advanced science and technology programs.

View our Gallery of Lab Images!

Our Laboratories and Experiments

Anthony Bragalia claims to have gotten over 970,000 hits on his blog, after recently publishing…

New Pictures of Papoose Lake! S-4 is Nothing But a Mole Hill!

Visit BobLazarDebunked.com for enlarged images > Bob Lazar claimed that there was a Top Secret…

‘Leaked’ F-18 Photo proves to be a Batman Party Balloon…

Once again, disappointment echoes through the UFO Community as yet another hopeful but inaccurate UFO…

Our Study Into Carbonado Diamonds

A History of Anti-Gravity Research 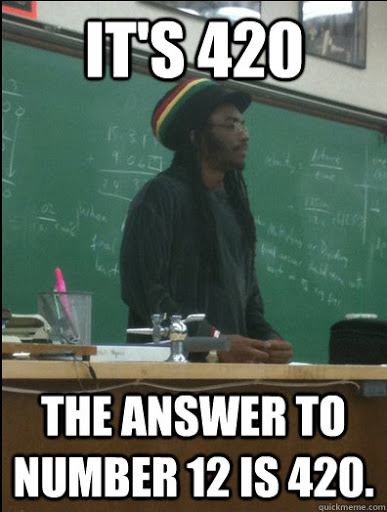 The goal of AlienScientist.com is to help humanity make the transition to a Type 1 Civilization (Kardashev Scale) mainly through the implementation of new technologies — with a focus on Energy, Transportation, Communication, and Space Technologies.

1. Quantized Inertia: At present Mike McCullough’s research on Quantized Inertia looks like the most promising model for how to build a low power warp drive engine. To learn more: https://www.vice.com/en_us/article/7x3ed9/darpa-is-researching-quantized-inertia-a-theory-of-physics-many-think-is-pseudoscience

2. Gravity Drop tests and mass modification experiments (Boyd Bushman). During some of the past Hover Brothers livestreams where I was talking to independent gravity researcher William Alek, he drew my attention to some very easy to perform drop tests involving magnets with high levels of stored potential energy. I would very much like to acquire some neodymium magnets and attempt these experiments on my own.

3. Electro-Gravitics: Does the Biefeld Brown effect really work in a vacuum? This has been a recurring question and issue for the independent antigravity research community, and I would like to perform some detailed tests to see exactly what is going on with this effect, at a variety of electrostatic potentials, in order to determine if the effect is really ion wind, or as many people in the Electric Universe movement purport: an actual coupling of electric and graviational fields.

4. Inertial Propulsion Drives: Exploring various theories of gravity, such as Eric Laithwait’s, proposal that Gravity is somehow related to gyroscopic spin and rotational inertia of masses, and can be effected by rotating masses. The same set-up for this experiment will be used to test the next one on our list…

5. Mercury Plasma Vortex Centrifuge Engine: Although highly toxic and dangerous, it may be worthwhile to build a containment lab to run some experiments with various isotopes of mercury, test the effects of various doping elements on things like freezing point, electrical conductivity, ferrofluidity, etc. and then run some general experiments on rotating mercury plasma to see if there are any anomalous effects.

6. Scalar Atomic Interferometry aka “the Hutchison Effect” or Thomas Bearden’s so called “Scalar Wave Technology”. Also very similar to the description of the Philidelphia Experiment on the USS Eldridge. Experiments will be conducted with high voltage tesla coils driven at various frequencies, aimed at different targets and materials.

The Science of Truth

On the Essence of Truth By Martin Heidegger.
The German translation and Heidegger’s use of specifically defined terms can make this text a bit difficult to follow without some basic introduction, but it is a meticulously precise understanding and definition of truth.

The difference between fact and opinion is something that most of us learn in Elementary School. At the HS/college level these concepts of fact and opinion are abstracted to the notions of objectivity (fact) and subjectivity (opinion). Opinions can even be abstracted further into Ideologies, as all individuals hold a system of different opinions and knowledge about different types of subject matter. Popular ideologies such as religion are often used to manipulate as well as communicate with people through an understanding of the beliefs and opinions of these groups. Ideological Disinformation is an exploit of the weaknesses of opinionated thinkers. Scientific thinking is against our human nature, and as scientists or skeptical inquirers we must train ourselves to throw away all our appeals to opinions and beliefs, and trust only what can be proven fact by experiment, or evidence.

If you haven’t read through the Wikipedia article on Logical Fallacies yet, please take the time and do so.

The main thing logical fallacies teach us is that the only valid arguments are those that use appeal to evidence, or appeal to nature, or experiment.

The scientific method is a body of techniques for investigating phenomena, acquiring new knowledge, or correcting and integrating previous knowledge. To be termed scientific, a method of inquiry must be based on empirical and measurable evidence subject to specific principles of reasoning. The Oxford English Dictionary says that scientific method is: “a method or procedure that has characterized natural science since the 17th century, consisting in systematic observation, measurement, and experiment, and the formulation, testing, and modification of hypotheses.”

If the Wright Brothers had listenend to the skeptics, they would have never built the world’s first airplane!

It is healthy to have a hunch, and I always recommend following your gut instinct. Albert Einstein himself said “Imagination is more important than knowledge”, and it perfectly acceptable and healthy to let your mind wander freely. However, when it come to evaluating fact from fiction, I must agree it is always better to be skeptical, than it is to just believe in things. The skeptical approach is a safer approach: assume it’s total BS until you can prove it otherwise. But that doesn’t mean reject everything outright. Keep an open mind to the possibilities, and always look at both sides and try to keep your judgements fair and balanced.

Skepticism or scepticism (American/British spelling differences) is generally any questioning attitude towards knowledge, facts, or opinions/beliefs stated as facts, or doubt regarding claims that are taken for granted elsewhere.

Admit when you are wrong! Be thrilled by it, actively seek to disprove everything you think you know, and be glad when someone can show you that you are wrong.

Human beings have a natural tendency to attach their beliefs to their own ego. They correlate their worldhood and knowledge with their own personal identity. An attack on their ideas, becomes an attack against them.

I have often been wrong many times in my life about many different things. This is why I tell people to “do your own research” because, I don’t always get everything right. I am also never afraid to admit to my mistakes, in fact I love when my audience points them out. I learn as much from you guys as you learn from me.

I call this “precision over ego” because it is more important to have precise information, than it is to protect your own ego. Being afraid to admit your mistakes because you fear how others will perceive you is no way to find the real truth.

It’s ok to say “I don’t know”! In fact, that is preferable to making up something or pretending like you know. Throw away the ego, don’t be afraid to admit when you are wrong.

“You can’t convince a believer of anything; for their belief is not based on evidence,
it’s based on a deep seated need to believe.”
– Carl Sagan

“You can’t convince a believer of anything; for their belief is not based on evidence,
it’s based on a deep seated need to believe.”
– Carl Sagan